The word massage comes from ‘Masah’ meaning ‘to stroke’. It is thought that massage has been practised since the earliest civilisations; cave paintings have been found that depict people massaging each other. 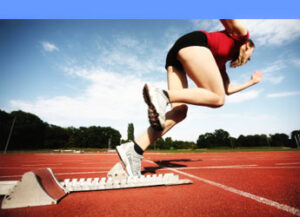 THE BENEFITS AND EFFECTS OF SPORTS MASSAGE

These can be divided into two major groups: Psychological and Physiological.

For example, a professional athlete will normally have an invigorating massage prior to a competitive event which will significantly help in their mental preparation and focus. On the other hand, after or between events, the massage will be slower and deeper, targeting specific injuries or strains.

In essence the primary physiological benefit of sport massage relates to blood. Massage speeds up the circulation of the blood bringing the oxygenated blood to the extremities of the body, along with the nutrients to nourish the bones, joints and muscles. It also increases the metabolic rate and general condition of the body by encouraging the removal of the waste products.

This in turn can loosen adhesions, reduces stiffness and muscle fatigue. Muscles are warmed, elasticity improves and nodules (knotty areas) are broken down – areas of damaged or toughen muscles fibres may be realigned.

Massage also nourishes the skin and helps in exfoliation. It also helps the body ‘s other circulatory system – the lymphatic system – by encouraging lymph drainage.

Along with massage, manipulation of the joints can improve range of movement and flexibility, which can enhance physical performance and help prevent injury.

Finally, massage also helps to develop patients’ self awareness and well being.

If you would like further information or guidance, you can contact Bob at the Clinic or directly on 07950 150868